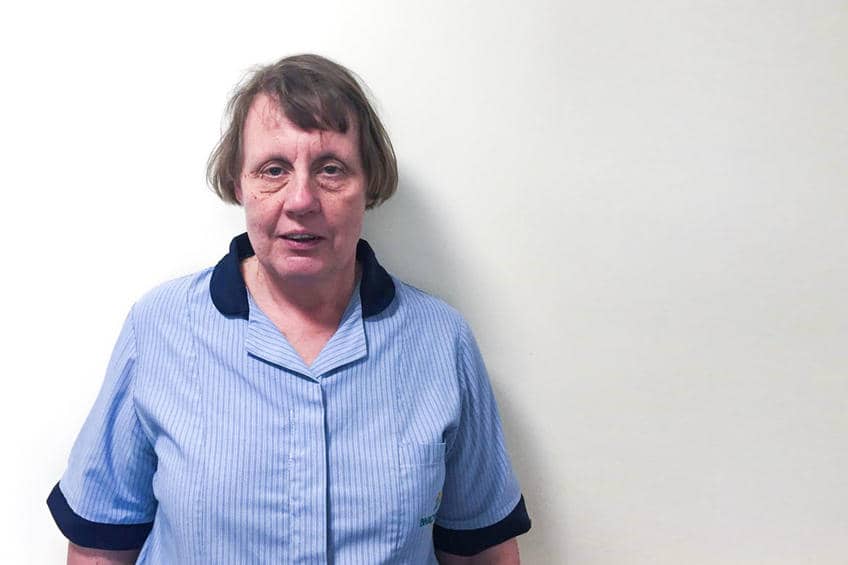 Janet Owston had been working in the local hospital and another care home in the area when she heard about the great reputation of Barchester’s Meadowbeck Care Home and decided she wanted to work there.

“I started working at Meadowbeck just one night a week before my children were even teenagers. They’re in their late 30s now, so it’s been a while!” says Janet.

Care homes have changed a lot since Janet started her career in care, and so have the residents.

Janet explained, “Compared to 25 years ago, more people are staying in their own homes much longer. At the start of my career, we might have seen fit and active 60+ people retiring into the home and needing little assistance, but now with improved medicine and a better understanding of healthy living, we’re seeing people coming into the home who are 80 or 90+ years.”

“We also now see residents with all types of conditions and different abilities, which means that things like the equipment available to help us support the residents has had to change. The introduction of equipment such as hoists and adjustable beds ensures we can give our residents a better experience; and our backs are spared!”

Equipment isn’t the only thing that’s changed, “When I first started working, we wore bright yellow dresses as part of our nurse uniforms” says Janet. “Thankfully, we now have tunics and trousers – they’re far more practical and a much better colour!”

Janet has fond memories of many of the residents she has cared for over the years. “One of my favourite residents was a very enthusiastic 80+ lady who I took to three different Boyzone concerts. She absolutely loved them and even had their posters in her bedroom… Shane was her favourite!” laughed Janet.

“At the end of the day, it’s all about the residents. That’s why I’ve worked as a nurse for as long as I have; and stayed where I have” explained Janet. “Even if you’re in the same place, no one day is the same. The variety keeps you stimulated.”