General Manager, Hayley Wilkinson, Deputy Manager, Melanie McHugh, Maintenance Manager, Bill Chillwell & senior carer Jane Cook had had two previous attempts and it had been called off due to inclement weather but this time the sun was glorious and the weather was perfect for their tandem skydive. 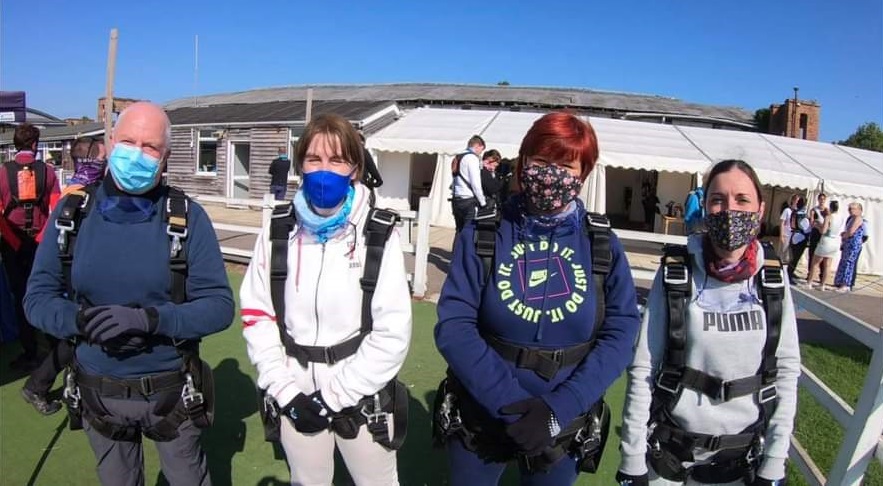 Jasmin Rana, Director of Income Generation & Supporter Engagement from TASC said “Your team at Harper Fields Barchester have raised a phenomenal “£2017 for TASC and we are so grateful for your support.  The £2017 (inclusive of Gift Aid) raised will help support Ambulance staff in any one of the following ways:

Hayley the General Manager commented “Oh my goodness… what do I say, it was amazing, such an experience and I am so glad I did it. To hear how we have helped TASC is so heart-warming.  A huge thank you to everyone who donated, friends, families and the residents & staff at Harper Fields too”