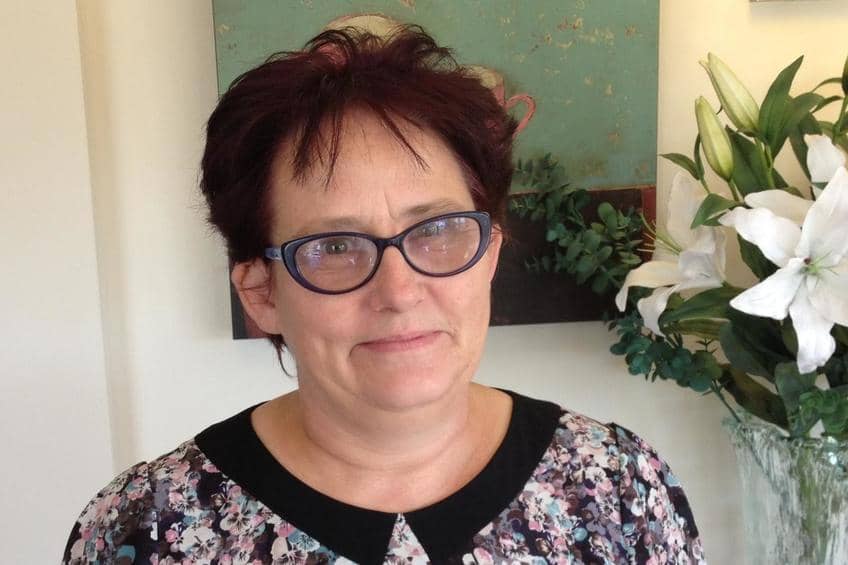 Our team at Adlington Manor is exploring ways to engage with residents living with dementia. Dementia Awareness Week (14th – 20th May) aims to put a spotlight on the condition and spread understanding and awareness of this complex condition which touches so many of us both personally and professionally.

Over 160 Barchester care homes have dedicated dementia communities, called Memory Lane communities, designed to help people who have been diagnosed with different types of dementia to live as full a life as possible. As it is estimated that dementia will be one of the biggest contributors to the mortality rate in the 21st Century, the staff within the Memory Lane communities are always exploring innovative ways in which to enrich the lives of those in their care.

One home, Adlington Manor in Macclesfield, has trained their entire Memory Lane team in Namaste CareTM. This type of care is based on the power of touch, and the belief that it may help people who live with dementia to engage in meaningful activities, where the power of touch can convey feeling loved, wanted and cared for.

Cath Richie, Deputy Manager at Adlington Manor describes how the programme came about: “I have always had a passion for elderly care. Before I became Deputy Manager I was the unit manager for our 32-bed Memory Lane Community. My interest in improving the care we provide led me to attend a masterclass from Joyce Simard, who is the founder of Namaste CareTM. I found it fascinating how such a simple concept could make such a huge difference.”

“The great thing about Barchester is if you have an idea for how to enhance the person-centred care we offer, we are listened to and our ideas can be taken forward. Namaste CareTM was seen as a form of care that compliments to 10-60-06 programme Barchester are rolling out, which is focussing on enhancing the dementia care we offer.”

Cath goes on to explain how working in conjunction with the East Cheshire End of Life Care team meant they could run a Namaste CareTM pilot in the home:

“The whole team were trained so anyone working on the unit can provide the care. We have converted a room where Namaste CareTM can be offered. The room has been set up to provide a calming, safe environment with massage creams and towels, soft music playing, comfy chairs and easy to eat foods.”

“The care giver sits on the floor and, while talking to each of the residents (a maximum of five at one time), offers hand or foot massages, hair brushing, and food and drink with soothing music playing. The session lasts about two hours and many of the residents have a little nap afterwards, they are so relaxed.”

Even though the care sounds simple, it can have a compelling effect on the residents’ lives and behaviours, as Cath explains:

“We had one resident who was displaying symptoms of distress, such as shouting for much of the day. Her GP wasn’t able to help. Yet after only one session of the new therapy she became much calmer and after several sessions the shouting episodes stopped. Other residents were also much more relaxed after the therapy, and it was easier for them to have fluids and eat.”

Cath believes the whole community has become a better care environment because of the additional care given:

“The residents’ quality of life improves immeasurably with the enhanced engagement and the multiple sensory experience of touch, smell and music from their younger days. The experience can trigger memories that help our residents have a better quality of life as they have a more meaningful interaction with their carers. There is an overall greater sense of calm in our Memory Lane community.”

“We have also looked at the depression and pain scales of our residents throughout the pilot and noticed there were improvements across both of these. There was also a reduction in the level of antipsychotic drugs being administered to our residents.”

“We ourselves have also benefited from offering Namaste Care. As it isn’t task orientated, but instead, all about engagement, we have found this type of care has enhanced relationships with both our residents and members of the team. We all have to be in the right mind frame to deliver the care our residents need, Namaste Care has provided a positive impact on the team, enabling us to continually support each other to provide the best care we can.”

Cath concludes: “It is great that as nurses we have the opportunity to have our suggestions and ideas come to life. I feel such a sense of pride and satisfaction with what we have managed to achieve.”